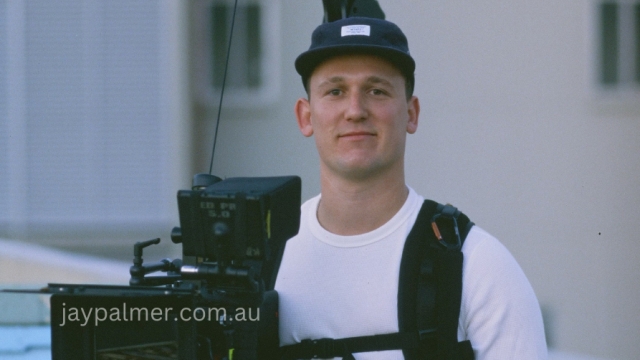 Jay Palmer, director, cinematographer, and film maker, has expanded his range of services to help businesses with all their film making needs from concept to completion. Jay’s video production services offer a complete end-to-end solution to deliver quality video that meets specific requirements and exceeds expectations.

More details can be found at http://jaypalmer.com.au

Says Jay, “I’ve worked with production companies and other creatives, and through them, I’ve been able to work with a variety of clients, larger clients, brands, and medium to large corporations.”

Jay has always had a passion for film. But his skills go beyond just cinematography; he offers the full range of video services: pre-production, production and post-production services.

This means that he can take a project from planning to delivery, ensuring that every detail is perfect. And his clients appreciate this attention to detail; they know that Jay will do everything possible to make their vision come to life. As a result, Jay has built a successful business that is based on creativity and excellence.

When he first started out in business, he knew he wanted to create beautiful films that would capture his clients’ stories. In an interview, Jay says, “I believe that a well-made video can be an extremely valuable asset for any business or brand.”

“Businesses and brands need an online presence,” Jay explains. “Video is one of the most effective ways to get a point across, and film content can be used as a powerful marketing tool to grab people’s attention.”

Jay cites two cases where video marketing contributed to the success of his client’s business goals.

This was a business that would harvest and package honey. The owner was very passionate about his brand and wanted a platform to share his unique story to the world.

“After I listened to him, I wanted his passion and care to come through in the video,” says Jay. “So I crafted the concept to best show this. We decided to film a stylized version of what a ‘typical’ day in his industry might look like.”

Upon completion, the owner was very happy with the final product. He shared the video on social media which gained a lot of traction then he decided to promote it through cinema advertising which brought a lot of traffic to his website.

Case 2: Promoting a Diploma of Nursing

Another positive impact Jay’s work has had on a company was through promoting a Diploma of Nursing at one of Brisbane’s Hospitals.

The video advertised the cutting-edge technology and knowledgeable staff members that future students would be able to interact with. The video served as a succinct way of promoting the benefits of the course whilst showcasing the great facilities.

A New Calibre of Film-making

What sets Jay’s films apart is his ability to capture the essence of his clients’ businesses. He takes the time to get to know them and their goals, and he uses his creativity and technical skills to produce videos that tell their unique story. As a result, his films are emotive and engaging, and they help his clients to stand out from the competition.

When it comes to finding a filmmaker who can bring a company vision to life, look no further than Jay Palmer. With his wealth of experience and skill, Jay will take care of every detail and make sure the final product is something to be proud of. He’s passionate about telling stories that matter, and he has a unique ability to connect with his subjects and bring their stories to life on film.

Jay Palmer, Director, Cinematographer is a highly sought-after filmmaker whose work has won acclaim from the Australian Cinematography Society (ACS). His first ACS award was a Bronze Award in 2015 for ‘Web Content & New Media’ category, and he followed that up with a Silver Award in 2020 in the ‘Corporate – Branded Content, Education and Events’ category. Jay’s biggest clients include Transurban, QUT and Bee One Third Honey.

He is based in Brisbane, Australia, but can travel throughout Australia and internationally.