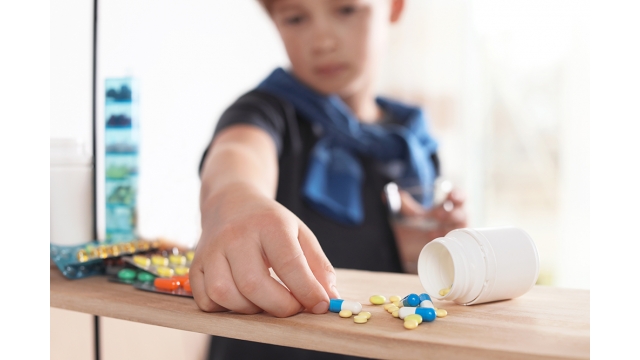 October is designated “ADHD Awareness Month,” during which pharmaceutical company-funded groups promote the need for psychotropic drugs to treat the disorder. Not discussed is how those drugs are linked to causing psychosis, addiction, cardiac arrest and suicide while raking in $20 billion a year in U.S. sales alone. Such funding could obtain 365,000 additional teachers and 827 teachers’ aides.[1] Given the potential drug risks, mental health industry watchdog, Citizens Commission on Human Rights International applauded the fact that 1,248,919 fewer American children were taking ADHD stimulants between 2013 and 2020.

Dr. Keith Conners, a psychologist, professor emeritus at Duke University and once prolific ADHD advocate, admitted the rising rates of ADHD diagnoses in children make it “look like an epidemic. Well, it’s not. It’s preposterous.”[6]

A New York Times review of Alan Schwarz’s book ADHD Nation: Children, Doctors, Big Pharma, and the Making of an American Epidemic exposed the unholy alliance between drug makers, academic psychiatrists and policymakers influencing those rates. As Schwarz pointed out: “The insidious genius of this alliance,” was “selling the disorder rather than the drugs, in the guise of promoting ADHD ‘awareness.’” No blood test or CT scan can tell you if you have ADHD–the diagnosis is made by subjective clinical evaluation and screening questionnaires. “This lack of any bright line between pathology and eccentricity, Schwarz argues, has allowed Big Pharma to get away with relentless expansion of the franchise.”[7]

“Promoting diseases to sell drugs is a common and venerable practice among drug companies,” explained Marcia Angell, a senior lecturer on social medicine at Harvard Medical School and former editor-in-chief of the New England Journal of Medicine. “They try to expand the size of the market by implying that nearly everyone has the condition.”[8]

Dr. Patrick Hahn from Loyola University Maryland, reminds parents that the overall message is “these drugs will improve every aspect of your child’s life, including grades, extracurricular activities, peer relations, and family life. In fact, there is no credible evidence that any of these drugs leads to any meaningful long-term benefits to kids….”[9]

Jan Eastgate, president of CCHR International comments: “Against such huge, vested interests, the fact that there has been any decline in children being drugged is remarkable and encouraging.”

Pharmaceutical company-sponsored online ADHD self-assessments are subjective with questions that include: “Often fails to give close attention to details or makes careless mistakes in school work…;” “Often avoids, dislikes, or is reluctant to engage in tasks that require sustained mental effort (such as schoolwork or homework)…;” “Often fidgets with or taps hands or feet or squirms in seat” and “Often unable to play or engage in leisure activities quietly.”

Dr. Fred Baughman, a retired neurobiologist, who followed ADHD research for 20 years called it “a colossal fraud.” He says there is no evidence of a physical or chemical abnormality in people diagnosed with ADHD.[12]

The late Thomas Szasz, a professor of psychiatry and co-founder of CCHR, railed against his profession drugging children with stimulants such as methylphenidate, saying: “No one is able to diagnose [ADHD] with objective tests.” Further, “In social terms, it gives the impression to people that behavioral problems are medical and should be handled with drugs; it imposes a certain stigma on the child, possibly on the family. It medicalizes educational and child-rearing problems, and it may cause biological problems in the person taking the drug. I don’t know if the average person on Main Street realizes that if a 30-year-old man has a pocketful of Ritalin, he can go to jail for years. This is called ‘speed.’ And this is what they give as a treatment to schoolchildren when there’s absolutely no laboratory or medical evidence that they are sick.”

Prof. Allen Frances, former Chairman of the DSM-IV Task Force, commented that “rates of ADHD have tripled, partly because new drug treatments were released that were aggressively marketed.” He added: “The excessive diagnosis of ADD and Autism began in the U.S., but these false epidemics are catchy and have now become a world-wide phenomenon.”[13]

The risks for ADHD stimulants include sudden death in children who have heart problems. In some children, stimulants can cause the paranoid feeling that bugs are crawling on them. One study reported fears of being harmed by other children and thoughts of suicide. Methylphenidate’s manufacturer admits it is a drug of dependency. Suicide is a major complication of withdrawal from amphetamine-like stimulants.[14] A study published in the medical journal Pediatrics found that children on ADHD drugs were over 200% more likely to experience psychotic symptoms.[15]

Physical dependence on stimulants results in withdrawal or “rebound” reactions and may complicate attempts to stop drug treatment.[16]

CCHR sees the need for more teachers and aides, not more psychotropic drugs being pushed on children because of their behavioral or education issues. Szasz stated: “Labeling a child as mentally ill is stigmatization, not diagnosis. Giving a child a psychiatric drug is poisoning, not treatment.”