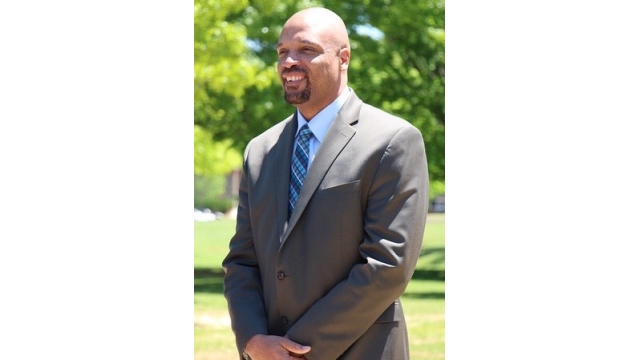 AUSTIN, Texas – The EarthLight Foundation and New Worlds Institute announced today that Dr. Chance Glenn, Provost of the University of Houston Victoria, Texas, (UHV) will receive its prestigious “Permission to Dream” award for his long and important work supporting STEM education and workforce development, as well as for inspiring and enabling new generations to reach for the stars. The award is being given for both his personal example, and his work in university systems, and founding of the MorningBird Foundation, “focused on promoting science, technology, engineering, math, (STEM) to underserved and underrepresented populations.”

“There’s a lot of talk about space resources in our field today. The most important resource of all is our next generation of leaders and space workers. At a time when so many young people are finding it hard to navigate the educational system, Dr. Glenn is a force for good, and has built a highway of hope for new generations, paved with solid educational support and lit by his own amazing energy,” said EarthLight Founder Rick Tumlinson. “He talks the talk AND walks the walk of someone who believes we ALL have the Right Stuff.”

The Permission to Dream Award will be presented during the Space Cowboy Masquerade Ball. A charity event being held Oct. 28th at the AT&T Executive Hotel Grand Ballroom in Austin, Texas.

” I am thrilled to receive this award, not for myself, but on behalf of educators and inspirers everywhere,” said Dr. Glenn. “Our society needs to place far more focus on enabling the millions of young minds out there to be able to reach their dreams, be it in the field of space, or whatever they are reaching for. My job is to help them do their job.”

Dr. Glenn will receive his award as part of the Space Cowboy Ball, an event that both honors and celebrates those helping open the Frontier of space to life and humanity. Designed as an awards ceremony, dinner and dance party, the Ball is also a masquerade party, and features celebrity hosts, musicians and DJs for an evening of both inspiration and fun. Past awardees in other areas include Jeff Bezos, Buzz Aldrin and TV shows such as the Expanse. Winners of these awards for 2022 will be announced soon.

“The Permission to Dream Award is given to a project or person who has contributed significantly to the inspiration and education of young people using or in the name of space exploration and/or expanding the domain of life and human communities into space. The award is presented to educators or inspirers who have shown an ability to break down the barriers of limits in the minds of young people and help them understand that it is only they who can give or take away from themselves Permission to Dream and achieve their goals in space and life as they reach for the stars.”

The award has been presented in the past to Janet Ivey, creator and host of Janet’s Planet, Jancy McPhee of the Humans in Space Art Program, Holleana Meleer, teacher and founder of STEAM Space Education, Loretta and George Whitesides, Founders of the Yuri’s Night global space events and the SpaceKind education seminars, and Nataly Mendez, teacher and Co-Founder of the Asociacion Astronoimica Colombiana of Colombia.

Dr. Glenn began his academic career as a faculty member in 2003, at the Rochester Institute of Technology in New York’s College of Applied Science and Technology. In 2008, he became associate dean in the Office of Graduate Studies. In 2012, he became dean of the Alabama A&M College of Engineering, Technology and Physical Sciences.

Dr. Glenn is currently the Provost and VP of Academic Affairs at the University of Houston-Victoria where he guides the academic growth and development of the university. He is also the founder and Chairman of the Board of Directors for the Morningbird Foundation, a 501c3 nonprofit whose mission is to provide opportunities for STEM education to underrepresented and underserved communities through scholarships, training, advocacy, and research.

The EarthLight Foundation and New Worlds Institute are 501c3 charitable organizations focused on educating the public and inspiring the space generation who will lead humanity beyond the Earth. ELF’s goal is to help assure that we learn from history and this time try to “get it right” when pushing into unknown realms and New Worlds.