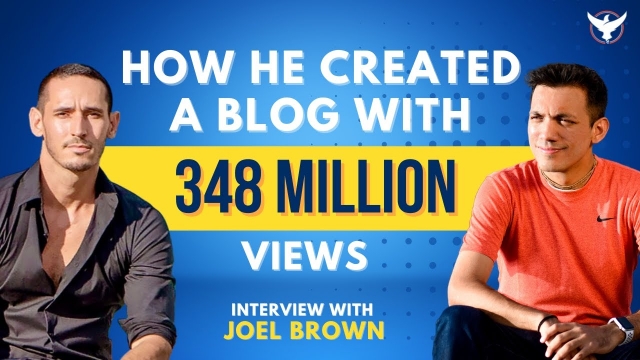 For Joel Brown, a renowned master coach and the founder of the #1 motivation website Addicted2Success.com, the 14-year journey to inspiring thousands of people and mentoring upcoming coaches started with one thought — of wanting to break out of a nine-to-five rat race.

Masters Secrets is a YouTube series where Siddharth Rajsekar interviews the world’s top coaches and trainers, in an innovative attempt to bring out unexplored, off-the-stage vignettes of their knowledge and wisdom.

Speaking about his beginnings in the coaching industry, Joel shared in the interview: “I was working in a sales job in Perth, Western Australia. I was working my way up the company while listening to the likes of Les Brown and Tony Robbins. I was just filling my mind with ways that I could break free from this nine-to-five rat race. I had the opportunity to sit down in a sales workshop 14 years ago with Jordan Belfort, the real-life Wolf of Wall Street. He trained us in sales but also taught us to cast our 10-year vision. When I wrote down this ideal vision that I could step into, I birthed the idea of being addicted to success.”

Joel said that he didn’t realize, at the time, that he was creating a movement and a community, not just an audience. “A lot of people focus on the audience, which is views and likes. But, I was focused on building a community that shared and trusted. Likes and views can be temporary and fleeting. I wanted to connect with my people,” he said.

And thus began his self-development website, which did carry motivational videos, but also went deeper into step-by-step strategies and tips behind how entrepreneurs achieve success.

In the Masters Secrets interview, Joel went on to list some of the learnings from his mentors. “From David TS Wood, I learned from him how to create variety in my life and to dream bigger. He instilled in me the importance of action and then and extracting the lessons that you learn from your experiences. I’ve learned from John Assaraf. He’s taught me about building out your coaching business, speaking, researching and applying knowledge and coaching tools.” shared Joel.

Mentioning the tipping points in his journey, he said, “The first one is quitting my nine-to-five job and moving to a job that paid even more. I was getting paid an extra 30-40 grand per year working up north in the deserts of Western Australia relocating animals like snakes, lizards and kangaroos away from building projects — I know it sounds very cliche Australian. That additional income allowed me to reinvest into my marketing for my website, pay for staff and thus ramp up the vision.” He also shared how he roped in personalities like GaryVee and sought time for interviews by putting win-win deals on the table.

As an open follower of spirituality and Christianity, Joel began his healing process after finding out about an affair of his wife at the time. “I got to work on forgiveness and recreate a different type of connection with her. I think I matured a lot around that time. My goals around success shifted and they became deeper. Maybe a couple of years after that, I came to Christ and felt that I wanted to do more of my purpose,” said Joel candidly.

This was the point where Joel also understood the difference between ambition — which is more about money and status — and purpose, which is largely about the personal mission, legacy and impact on the world.

Cut to today, and Joel is featured in the movie “Think & Grow Rich” by Napoleon Hill and the “WeRiseUp” movie with Richard Branson and The Dalai Lama. He is the host of the Addicted2Success podcast that has achieved 5.2 Million downloads.

Speaking about the patterns he sees in successful people he has interviewed, Joel explained, “They’re so vision-driven. They don’t let the little hurdles knock them back. Success is mostly just following through. There are a lot of people who start projects and give up. It’s really about taking hold of the horns and sitting up on that bull.”

Finally, revealing his coaching methodology, Joel said, “One’s got to have to the mindset and the marketing. Today, there are a lot of content creators but not a lot of coaches. Coaching is really learning how to listen, being in the space with people, and knowing how to support them through that process. It takes that inner transformation to make a difference. I teach my coaches from the ground up, they learn how to work through their layers, through their wounds, trauma and childhood blueprint. We do shadow work and unconscious re-patterning, so that they can break those procrastination patterns. From there, they learn the tools and frameworks to be able to facilitate transformation. All of this builds in their certainty and then their influence. From there, then we do the branding and the marketing.”

“I have been following Joel for over a decade now. He runs one of the world’s leading blogs in the personal development space. If there’s anyone who spent so many years in the personal development space online blogging, I don’t think anyone comes close to Joel. Lots to learn from him,” said Siddharth Rajsekar, digital coach and founder of the Internet Lifestyle Hub, India’s largest community of digital coaches. He is the host of the Freedom Business Podcast.